We need more people like Jim Gleffe on the bench

If there is one constant in Jim Gleffe’s life, from his earliest years through today, it has been the calling he has felt to be of service to others as a way to pay back the kindness and generosity that so many people showed to him when he was growing up.

Inspired by his own life experiences, adult mentors, and the examples set by family members, especially his beloved Uncle Charlie who regularly gifted Jim and his twin sister with books about a wide range of subjects to foster their curiosity about the world, Jim’s entire professional career has been rooted in public service.

Jim grew up in a blue-collar family, with three generations living under one roof, including his grandparents, who were first generation Americans born to parents who left Europe. His father worked for a trucking company and his mother an SEIU crossing guard. Like many in their community, they were not strangers to economic hardships, but pulled together to make a little go a long way. His grandparents played an instrumental role in Jim’s and his sister’s lives, always making sure that they had lunch money and finding a way to make it possible for them to attend parochial high schools. 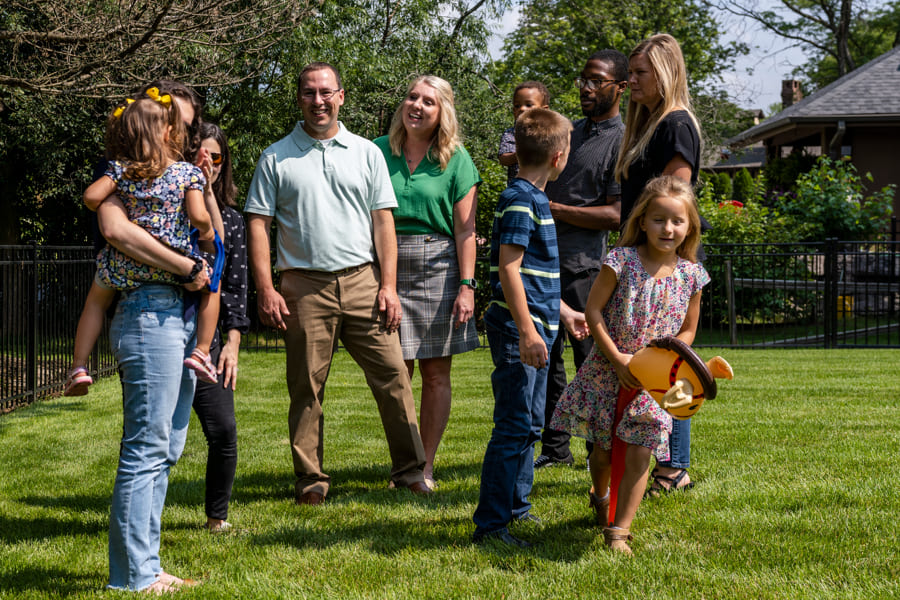 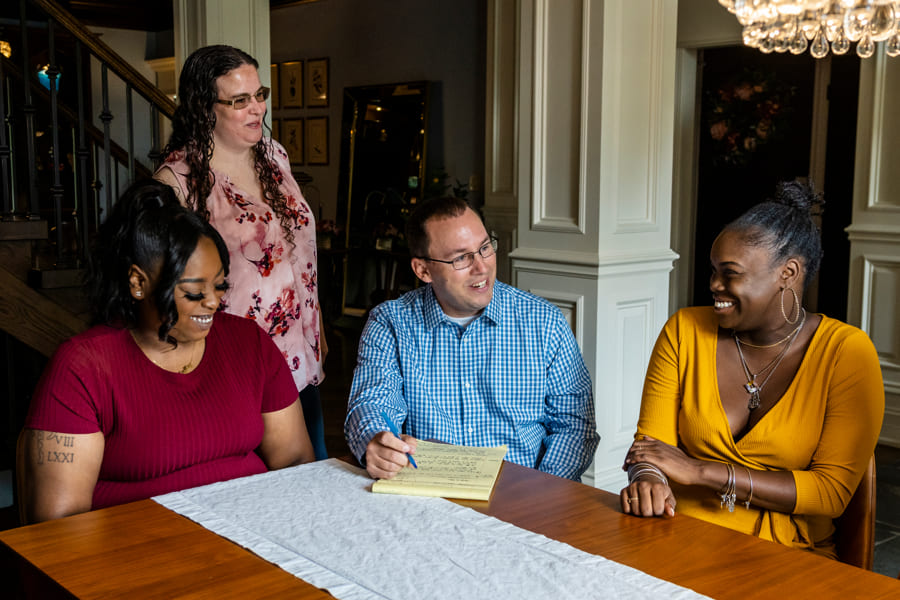 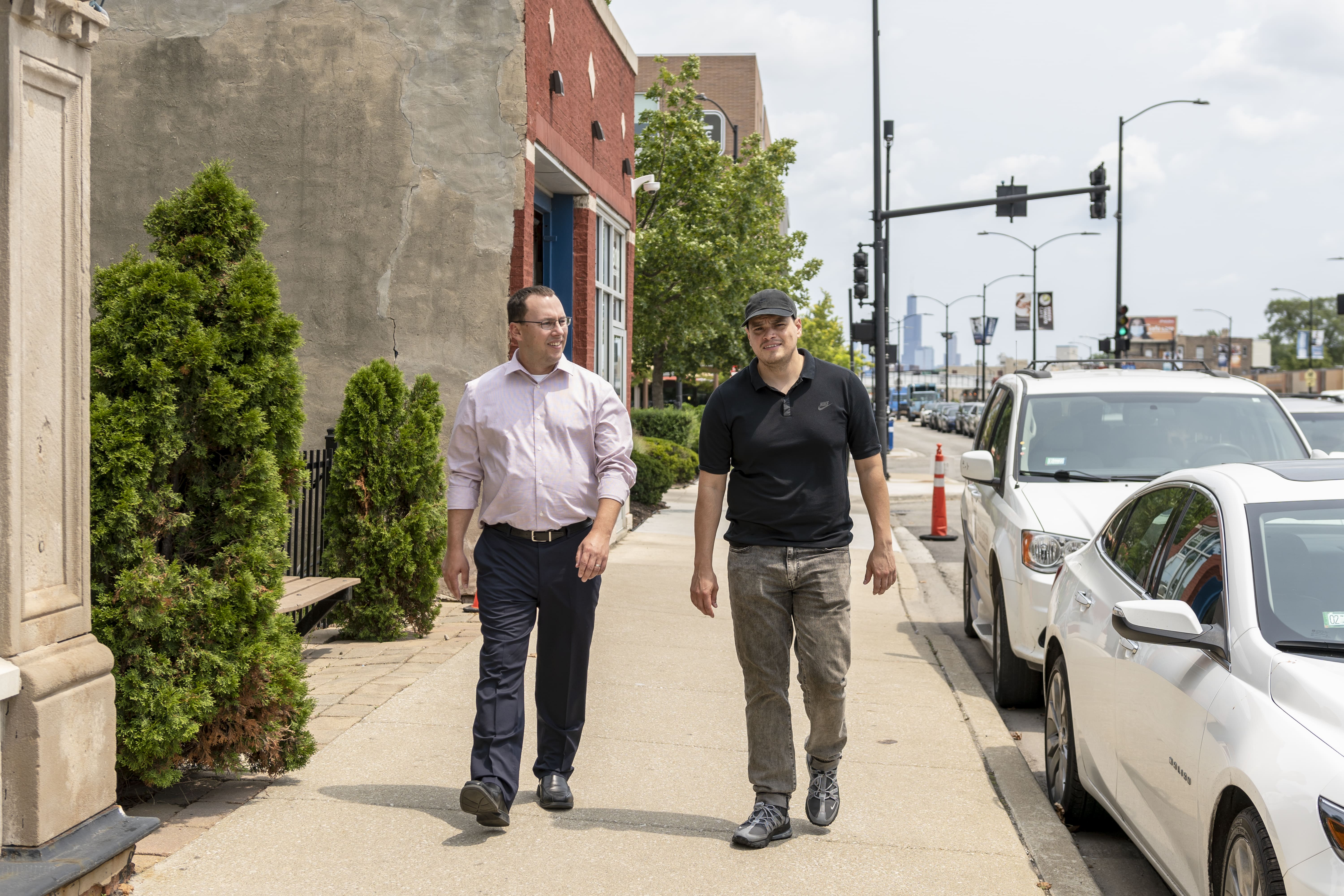 Regular visits from a community representative for a local political organization to his family’s two-flat when Jim was a child awakened his interest in elections and government. When he got older, the lure of going out into the neighborhood, meeting people, listening to their concerns and, if they needed it, finding ways to help them and their families, proved irresistible.

After a lengthy apprenticeship, Jim became a community representative in his own right. It’s been a deeply rewarding experience to have people entrust him with their stories, sharing the good and bad of their lives, and for him to assist them in big and small ways, including those who may not have anyone else they can ask for help. A ride to the doctor’s office, filling out paperwork, picking up groceries for someone who is housebound, or just lending a sympathetic ear, especially to an older person who lives alone, are a meaningful part of Jim’s life and additional opportunities to be of service to others.

After law school, paid for with the help of student loans and a part-time traffic court job that provided his first direct exposure to our legal system – and the opportunity to work with judges, prosecutors, defense attorneys, police officers and citizens, an invaluable experience that Jim describes as far more educational than could be found in a book or classroom – he went to work for Illinois Secretary of State Jesse White’s office in the financial securities division where he rose in a short time to the second ranking position of chief deputy director.

Jim’s work for Secretary White focused on helping people who had been the victims of financial predators and con artists perpetrating boiler-room pump-and-dump stock schemes, luring elderly people into risky investments they didn’t understand, and running real estate scams. In many cases, Jim was able to secure restitution for those who had been taken advantage of, returning to them tens of millions of dollars, and he worked with the United States Attorney’s office to see the most egregious violators federally prosecuted. 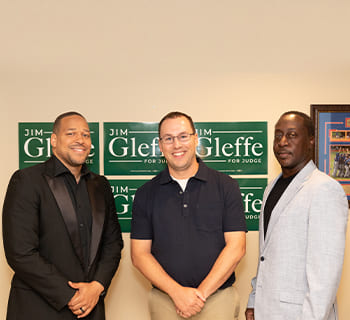 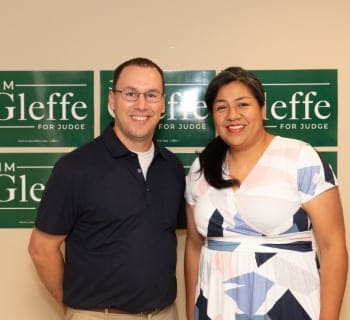 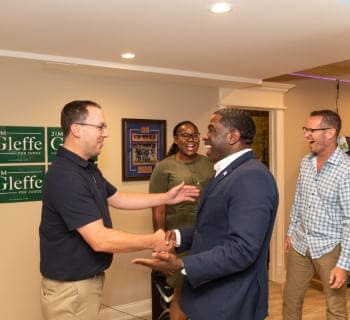 Following his tenure as a policy analyst analyzing legislation and drafting contract documents for City of Chicago Clerk Susana Mendoza, Jim joined the office of Cook County Recorder of Deeds Karen Yarbrough – first as chief legal counsel and then as the Chief Deputy Recorder and Chief of Staff. At the Recorder of Deeds Office, he handled a wide range of responsibilities, including supervisor of all executive and management staff, acting as a liaison to state and other local governments agencies, and working collaboratively with organized labor organizations representing office employees. During the early stages of the coronavirus pandemic, Jim brought together government officials and diverse business and legal interests to find ways to protect the health of recorder’s office employees so they could safely perform the duties necessary for the county’s economically-essential real estate sector to function. When the Recorder of Deeds Office merged with the Cook County Clerk’s Office, Clerk brought Jim on in his current role of Deputy Chief of Staff and Labor Counsel. In this role, Jim works with organized labor to ensure that Employees are treated fairly and with dignity while coming up new ways to provide important government services to the public.

With fourteen years of experience as a lawyer, Jim is running for judge with the same motivation that has driven him throughout his career: it is another way to be of service to the people of his community. He knows the job of a judge is to call balls and strikes, to follow and apply the law, not to make it. But he also believes that there is a great deal of latitude given to judges in terms of how they treat the citizens and attorneys who come before the courts to seek justice.

What Jim has learned is the most important practice in other areas of his life, also applies to being a judge: listen first. Further, be humble, patient, thoughtful and respectful, so that whatever a case’s outcome, people will feel like they had their day in court and were treated fairly. Jim believes that such an approach is vital for preserving citizens’ confidence in the legal system that underpins our democracy.

A graduate of Louis Pasteur Elementary School, St. Laurence High School in Burbank, Illinois State University (with a dual bachelor’s degree in history and political science), and DePaul University College of Law, Jim is the first member of his family to graduate from college.

Jim and his wife Kristen reside in Palos Park. They are the dedicated aunt and uncle to their nieces and nephew, and devoted to their fierce, but loving, Goldendoodle, Clara Jean. They are also excited to welcome home Clara Jean’s (fur) baby brother, Hank, who came home on August 14.

The Circle of 100 (Our very first contributors)